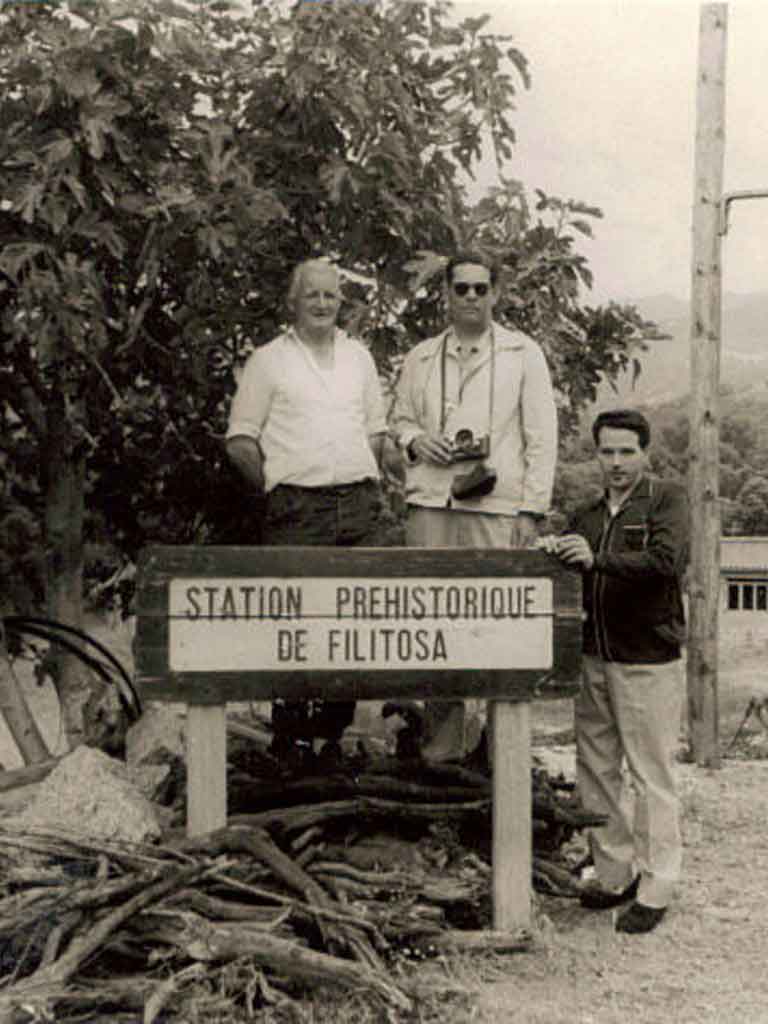 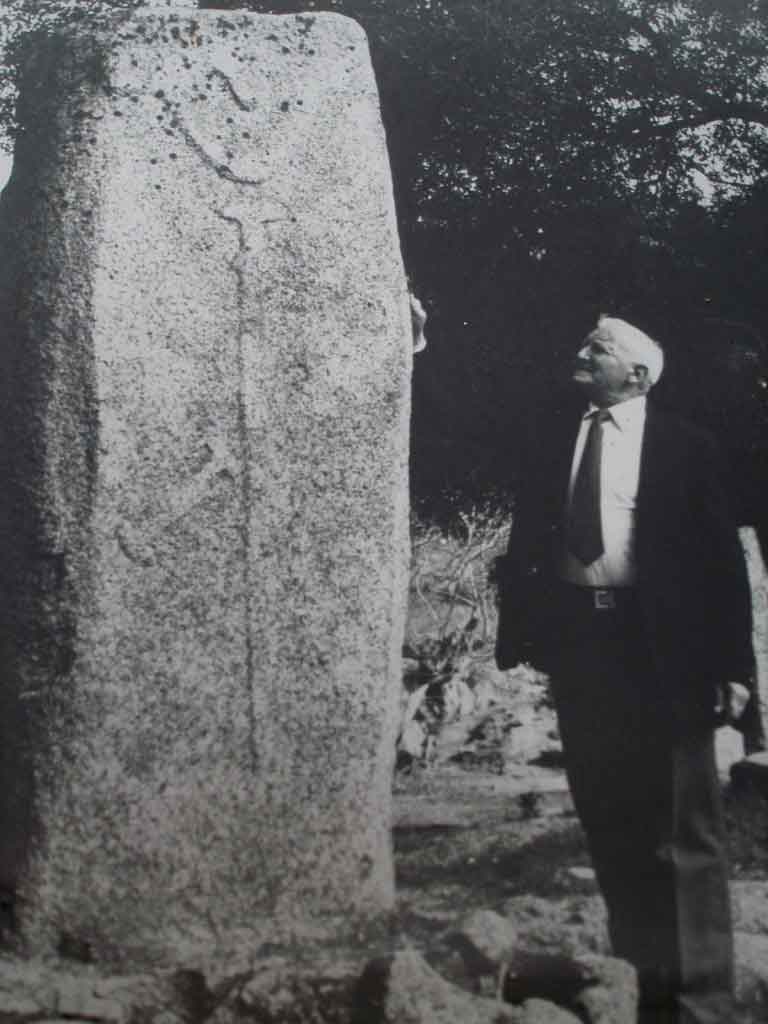 Charles-Antoine Cesari, the father of Filitosa

In 1946, Charles-Antoine Cesari, from the village of Cozzano in the upper part of Taravo, runs in Filitosa (lower part of the Taravo valley) a domain of approximately fifty hectares. The place always fascinated him. In the heart of the hilly plot is a natural spur, crossed by the Sardelle stream and located in the heart of the oak and olive tree forest.

Rapidly, while they were clearing out the bottom of the mound, he discovered, scattered here and there, big granite blocks. This discovery struck him, fascinated him. With the help of his workers, he decided to lift the grey stones and found himself facing what he would later call “ l’homme de pierre ” (the stone man). One of his workers suggests to tie these “ old rocks ” to make big posts in order to protect the domain. Staring at these silhouettes from a previous age, Charles-Antoine Cesari said:

“I have never put a chain on a man’s neck,
I will not start doing so with a stone man”.

The information reached Pierre Lamotte, then director of the Corsican Local Archives. He is the first one who truly looked into the discovery, because the prehistorical interest of the region had never been considered until then.

Especially as a century earlier, in 1839, Prosper Mérimée had been charged by the government with a mission in Corsica. As an inspector of historical monuments, he was sent from Paris and travelled by donkey across the island, in order to compile an archaeological inventory. But of Filitosa and its fortified spur, nothing was said. Without knowing it, he missed out on what would become the major Corsican archaeological discovery.

This anecdote did not plead in favour of Charles-Antoine Cesari’s discovery.Thanks to his intuition, his stubbornness and an unshakable faith, everything was sped up. The situation shifted from ignorance to recognition and this, thanks to a decisive meeting, which would become an indefectible and reciprocal friendship.